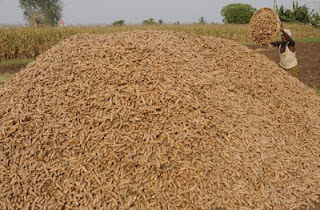 Turmeric may help lower heart attack risk in people post bypass surgery, thanks to curcumin, the yellow pigment present in the spice which has antioxidant and anti-inflammatory properties.
Bypass surgery improves blood supply to the heart muscle. However, during the surgery that is usually performed with the heart stopped, the organ can be damaged by prolonged lack of blood flow, increasing the patient’s risk of heart attack.
The new findings suggest that curcumins may reduce such risks when added to traditional drug treatments.
The results need to be confirmed through further research, said Wanwarang Wongcharoen from Chiang Mai University in Thailand, who led the study, the American Journal of Cardiology reported.
Researchers at the Thai university studied 121 patients who had non-emergency bypass surgery between 2009 and 2011. Half the patients were given one-gram curcumin capsules to take four times a day, starting three days before their surgery and continuing for five days afterwards. The other half took the same number of drug-free placebo capsules.
The researchers found that during their post-bypass hospital stays, 13 per cent of the patients who’d been taking curcumins had a heart attack, compared to 30 per cent in the placebo group.
After accounting for any initial pre-surgery differences, Wongcharoen and his colleagues calculated that people on curcumins had a 65 per cent lower chance of heart attack.
“It’s very, very encouraging,” said Bharat Aggarwal of the study. Aggarwal works with the MD Anderson Cancer Center in Houston, Texas, which studies the use of curcumins in cancer therapy, according to the Daily Mail.
According to researchers, it is likely that the antioxidant and anti-inflammatory properties of curcumin may have helped limit heart damage in the patients.
Posted by gudurpost ************ at 9:43 AM