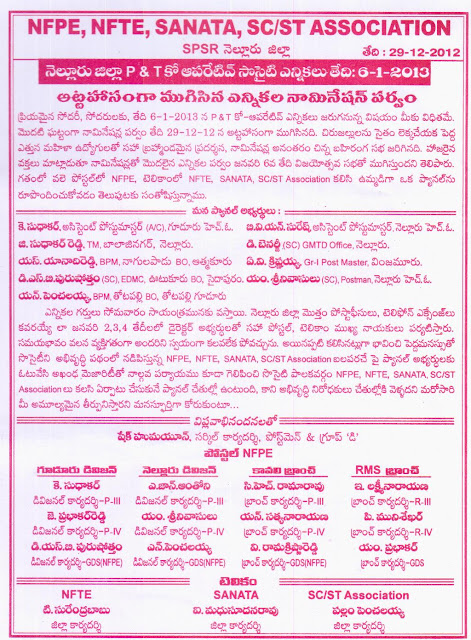 Contributing to the financial inclusion of the rural people:

(A)       Wage disbursal under Mahatma Gandhi National Employment Guarantee Act (MGNREGA):Extensive rural postal network of the country is actively engaged in disbursal of wages of MGNREGA with high levels of efficiency. During the year 2012-13 the Post Offices disbursed about Rs 9,133 crore by October, 2012 through about 5.53 crore savings accounts of MGNREGA workers standing in the Post Offices. Thus, the Department of Posts significantly contributed towards the success of this unique social security arrangement of unprecedented scale.

(B)       Financial Inclusion of Below Poverty Line (BPL Household: Department of Posts leveraged its network and outreach to financially include BPL households by targeting them for opening their savings accounts in the Post Offices and thus providing them with access to savings services. During the Year 2012-13 more than 1.53 crore households were financially included through this initiative by October, 2012.

(A) 24,969 Departmental post offices have been computerized as on date
(B) India Post has introduced Remotely Managed Franking System in place of existing electronic Franking Machines. Around 5681 RMFS machines have been licensed and activated as on date.
(C) e-Post office Portal was commissioned during 2011. During the current year PLI premia payment has also been added apart from sale of philatelic material.

Recognizing the spurt in the volumes of international remittances into India in the recent years and the notable contribution of remittance inflows to the country’s economy, the Department of Posts has taken a project to revamp its international money order services. Currently, DoP provides electronic money remittance services on two platforms, viz. the IFS (developed by the Universal Postal Union) and Eurogiro. The following action has been completed in this regard:
Expansion of Clientele Base of Postal Life Insurance(PLI)

Financial Services
The Department successfully completed the vendor selection for its Financial System Integration project. The vendor selected was M/s Infosys who will be involved with the Core Banking solution and setting up of ATMs for the Department. The project has started on 28th September 2012.

Department of Posts is working as Register with UIDAI for providing Aadhar enrolments through Post Offices for phase-II operations also. A total of 80,84, 181 successful enrolments have been completed.

New and enhanced version of ePost software has been launched on 12th December 2012. The enhanced version will have facility of sending multilingual messages apart from sending PDF files as attachment. During the year 2012 (upto Nov 2012), 13.64 lakh messages have been sent and Rs 104.50 lakhs earned as revenue.

The Government has approved the IT Modernization Project of the Department of Posts for computerization of all the non-computerized post offices, Mail Offices, Administrative and other offices, establishment of required IT infrastructure, development of required software applications. IT modernization Project – India Post will enable Department to enhance and provide value additions to Mail, Savings Bank and Insurance, customer service while providing a platform to launch new initiatives and provide new rural services.

An agreement has been signed with BSNL for providing money remittance through mobile phones. This is joint endeavor of Department of Posts & BSNL. BSNL has been provided with the requirements of DOP for development of the software. This service specially tailored for those who have a need to remit money regularly up to a sum of Rs 10,000. Under the Scheme, a remitter can go to any Post Office in the Circle enabled for the Mobile Money Transfer Service and remit an amount from Rs 1000/- to Rs 10,000/- to be paid to another mobile subscriber at the designated Post Office. The Slabs for money transfer is as follows:
The service initially has been launched on 15th November 2012 in four Circles viz. Kerala, Bihar, Delhi and Punjab and this service is provided in 18 selected Post Offices in each Circle.
Posted by gudurpost ************ at 2:14 PM 0 comments 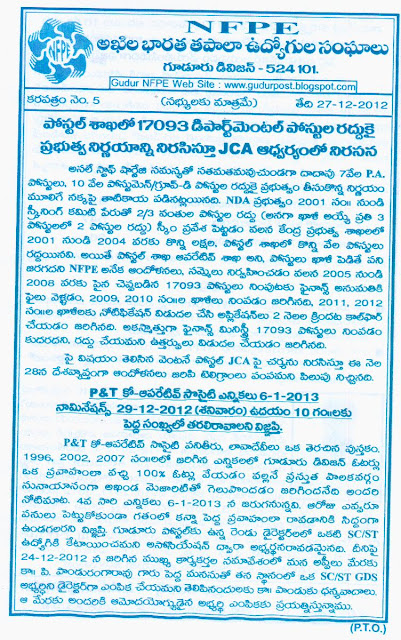 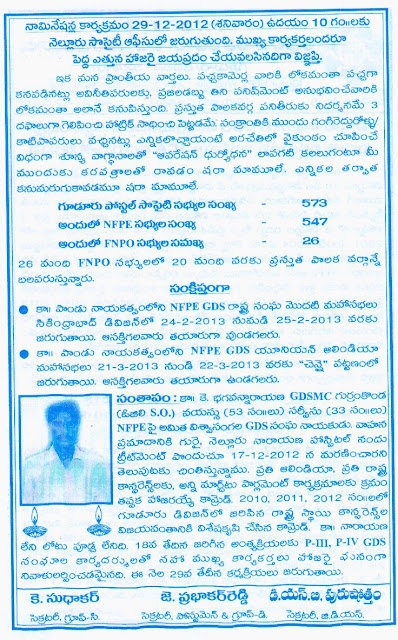 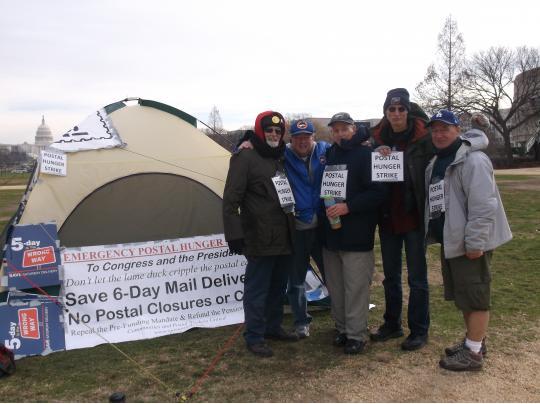 Completing the sixth day of their hunger strike to save six day delivery, five postal workers broke their fast and declared a “people’s victory”. “Along with hundreds of thousands of postal workers and our community allies who have been battling for years to save America’s postal service, we were able raise awareness and increase pressure on the decision-makers as they attempted to wrangle back-room deals,” said hunger striker Jamie Partridge, a retired letter carrier from Portland, Oregon. The strikers established an “emergency” encampment on the National Mall Monday, demanding that Congress and the President halt closures and cuts to the U.S. Postal Service.

“The lame duck is still threatening to cripple the postal eagle,” declared Partridge, acknowledging that Congress will reconvene after the Christmas holiday. Six day mail delivery is on the chopping block, according to Representative Darrell Issa, Senator Joe Lieberman and Senator Tom Carper who are engaged in secret postal reform negotiations. One of the hunger strikers, John Dennie, a retired mail handler from New York, was arrested in Issa’s office Thursday for refusing to leave until the Congressman pledged to save six day mail delivery.

Friday afternoon, the postal hunger strikers paraded with a horse and carriage from the Postal Museum, up Pennsylvania Avenue to the White House to celebrate the 237 year history of the postal service and 150 years of Saturday delivery (city free delivery was established 1863). They attempted to deliver a giant postcard calling on Obama to use his veto power to save six day mail delivery.

Cutting mail delivery to five days will eliminate 80,000 postal jobs, according to postal unions. The hunger strikers claim the cuts would gut service and send the postal service into a death spiral. “We will not stand by as our beloved postal service is destroyed,” said Tom Dodge, hunger striker, postal worker from Baltimore, and a coordinator of Communities and Postal Workers United (CPWU).

Last June, ten CPWU activists staged a hunger strike declaring that Congress was starving the postal service. The activists claim that a 2006 Congressional mandate, which forces the USPS to prefund retiree health benefits 75 years in advance, is bankrupting the service. Not only would the postal service have been profitable without the mandate, say the strikers, the USPS has also overpaid tens of billions into two pension funds.

“Not the internet, not private competition, not labor costs, not the recession – Congress is responsible for the postal mess” said Kevin Cole, a return hunger striker and postal maintenance worker from California. “Corporate interests, working through their friends in Congress and the Presidency, want to undermine the USPS, bust the unions then privatize it.”

Postmaster General Patrick Donahoe announced in mid-May that he would close half the mail sorting plants in the country and cut hours from 25 – 75% in half the nation’s post offices, over a two year period. Thirteen thousand jobs have already been eliminated and delivery standards relaxed. “Extensive disruption has resulted from these plant closures,” said Dennie. The hunger strikers delivered evidence Friday morning to the Postal Board of Governors documenting the PMG’s criminal delay and obstruction of the mail and calling for his prosecution.

The strikers are calling on postal management to suspend cuts and closures and allow Congress to fix the finances by repealing the prefunding mandate and refunding the pension surplus.
Posted by gudurpost ************ at 9:17 AM 0 comments

The below information was submitted by the Minister of State for Labour & Employment Shri  K. Suresh in the Parliament in as a written reply to a question on 19th December, 2012...

Details of amount invested by the Employees Provident Fund Organization (EPFO) in private sector, non-banking companies and annual return as per the coupon rate during the last three years and current year are as under:-

As the securities are not sold by EPFO in market, there is no question of earning any profit.

Committee on Finance and Investment (FIC), a sub-Committee of Central Board of Trustees, is a recommending committee. The recommendations of FIC were placed before Central Board of Trustees, Employees Provident Fund (CBT, EPF) in its 200th meeting held on 7th August 2012. The CBT, EPF approved the following recommendations of FIC for consideration of the Central Government:-
(i)   Allowing investment in certificate of deposits of public sector banks for better cash management.

(ii)   Increase the maximum tenure of Terms Deposit Receipt of Public Sector Banks to 5 Years from existing up to 1 Year to enable EPFO to capture higher yields on such investments.

Proposal to issue Passport to CG Employees through their respective departments…

Proposal to issue Passport to CG Employees through their respective departments…

There is any proposal to issue passport to Central Government employees and their family members through their respective departments..!

This doubt has been raised in the Parliament and the Minister of External Affairs has submitted a written reply to this question, "Since the issue of passports is a Central subject and was allotted to the Ministry of External Affairs under the Transaction of Business Rules, the issuance of passports in India is done solely by Ministry of External Affairs through designated Passport Issuing Authorities, which are MEA Headquarters (CPV Division), 37 Passport Offices, Andaman & Nicobar Islands Administration and Missions/Posts abroad. Hence, passports to Central Government employees and their family members will continue to be issued by these designated Passport Issuing Authorities".


'NO OBJECTION CERTIFICATE' FOR PASSPORT :
'NOC' for Passport...
At present the employees are working in Central Government, passport would be issued on prior police verification of citizenship and character. If the employee submits a declaration duly acknowledged by his Head of Department to the effect that he has informed his employer of his intention to apply for a passport. In case, proper ‘No Objection Certificate’ is submitted, then passport will be issued without Police Verification.
Posted by gudurpost ************ at 6:15 PM 0 comments 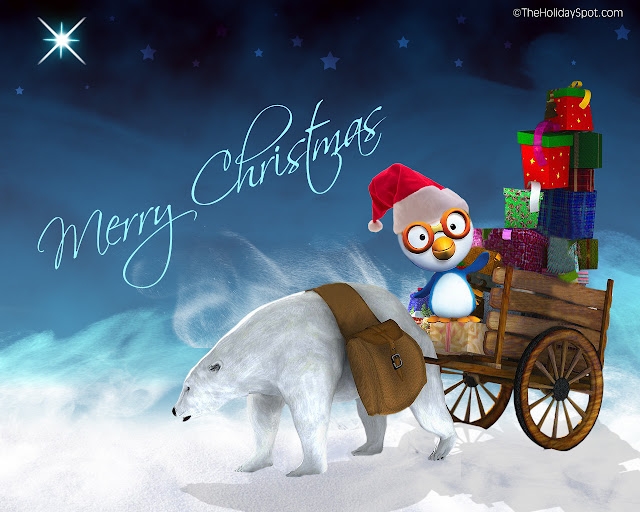 As per the latest information available, the estimated number of Group A, B, C and erstwhile Group D regular Central Government Civilian Employees (including Union Territories) is given below...

NFPE - FNPO
***
DEPARTMENT OF POSTS ISSUED ORDERS TO ABOLISH 2/3rd POSTS KEPT VACANT  FOR THE YEARS  2005 to 2008
TOTAL POSTS TO BE ABOLISHED - 17093
CONDUCT PROTEST DEMONSTRATIONS
IN FRONT OF
ALL CIRCLE / REGIONAL / DIVISIONAL OFFICES
ON
28-12-2012
As per Government of India orders on Downsizing of Central Government Services, Screening Committee for filling up/aboliotion of posts was constituted in the year 2001 and Annual Direct Recruitment (ADR) plan was approved by the Screening committee for each year from 2001 to 2008.  Screening Committee cleared only 1/3rd vacancies for direct recruitment and balance 2/3rd posts were abolished as per its recommendations.
Accordingly Department of Posts abolished 2/3rd vacant posts from 2001 to 2004.  Regarding the abolition of 2/3 rd vacant posts from 2005 to 2008, Postal Department & Communication Ministry requested Finance Ministry to grant exemption to Department of Posts from abolishing the vacant posts from 2005 to 2008, as it is an operative Department dealing with the general public and customers.  2/3rd posts earmarked for abolition from 2005 to 2008 are kept vacant (but not abolished) pending decision of the Finance Ministry.
The ban on recruitment was lifted and the Screening Committee was abolished in the year 2009.  Government of India issued orders to fill up all vacant posts for the year from 2009 onwards.  Accordingly, Department of Posts, issued orders to fill up all vacancies for the year 2009 and 2010.  Orders are also issued to fill up all vacant posts for the year 2011 and 2012.  But, at the same time, Directorate issued clear instructions to all Chief PMGs that posts kept vacant for the year from 2005 to 2008 should not be filled up under any circumstances but should be kept vacant. (for abolition).


ACTUAL NO. OF OBCs/SCs/STs IN CENTRAL GOVT SERVICES