Sub: Grant of Honorarium to the officials entrusted with the fixation of Time Related Continuity Allowance (TRCA) and payments of arrears to Gramin Dak Sevaks consequent on implementation of Recommendations of One-man Committee.

I am directed to refer to this office of even no. dated 21.12.2009 regarding rates of Honorarium for fixation of pay in revised scales consequent on implementation of recommendation of 6th Central Pay Commission was communicated.

(i) Fixation of Time Related Continuity Allowance (TRCA)
A

Fixation of Time Related Continuity Allowance (TRCA)as on 1.1.2006 by the OA of Divisional Office

Rs.5 for each Gramin Dak Sevak

Checking of fixation sheet by the Asstt. Supdt. of Post Offices/Inspector posts as the case may be

Rs.2 for each Gramin Dak Sevak
(i) Drawal of Arrears

Rs.1 for entry for each Gramin Dak Sevak for each month.

Rs.1 for each Gramin Dak Sevak

Post Check of the drawal by Pre- Check unit

5. The Expenditure for payment of Honorarium has to be met within the Budget Grant provided for the year.
6. This issues with the concurrence of Integrated Finance Wing vide their Diary no. 188/FA/10/CS Dated 25.08.2010.

1. 2010 September 7th All India General Strike: All out efforts are being made by the Central Trade Unions, Central and State Employees Federations and other Public Sector Unions to make the All India General Strike a historic success. The strike may turn in to an All India Bandh. It is our duty ensure participation of all Postal and RMS Employees including Gramin Dak Sevaks in the strike. NFPE and GDS Union have already served strike notice to the Secretary Department of Posts on 17-08-2010.The tour programme of All India Leaders is in progress. Divisional/Branch Secretaries are once again requested to organize intensive campaign programmes such as General Body meetings, conventions, office to office squad work, exhibiting notices and pamphlets etc and make the strike a resounding success.

2. JCM Departmental Council Meeting: After a long gap of 4 years JCM Departmental Council Meeting was held on 27.08.2010 under Chairpersonship of Secretary, Department of Posts. Office Side is represented by Member (P), Member (Technology) many othe DDGs and officers. Ten representatives from NFPE attended the meeting including Coms. M.Krishnan, (SG), K. Ragavendran, (Ex. SG),K.V.Sridharan,(GS P-3 and Leader Staff Side) ,. Giri Raj Singh, (GS R-3 +Secretary Staff Side), I.S.Dabas, (G/S P-4),.P. Suresh (G/S R-4), . P.Rajanayagam, (Ex. G/S AIPAEA), S.P. Mukherjee (EX.G/S Admn Union) Nomination of the newly elected General Secretary of AIPAEA and Admn Union will take place later. The items included in the July 13th Strike Charter of demands which are already discussed on 12.07.2010 are not taken up for discussion again in the Departmental Council meeting. There are about 70 items have been discussed and the remaining items will be discussed in the next meeting. Secretary, Department of Posts, assured that next meeting will be held shortly. The gist of the items discussed is available in the NFPE Website.

SECRETARY DEPT OF POSTS INFORMED THE STAFF SIDE DURING THE JCM DEPARTMENTAL COUNCIL MEETING THAT GOVT.HAS CLEARED THE PROPOSAL SUBMITTED BY THE DEPT FOR LARGE SCALE COMPUTERSATION PROGRAMME INCLUDING CORE BANKING, NETWORKING ETC. GOVT HAS ALLOTTED RS.1800 CRORES TO THE INDIA POST FOR THE PERIOD SEPTEMBER 2010 TO SEPTEMBER-2012.

Many Comrades from P-IV and R-IV wants to know whether their cases for cadre restructuring will be considered by the Cadre Restructuring Committee. The reply given by Secretary Dept of Posts in the JCM Departmental Council Meeting held on 27.08.2010 is reproduced below for information of all concerned. ------ Secretary General, NFPE.

Item No. 8: Restoration and improvement of 'In Cadre Promotion' to Postmen/Mail Guard & Multi Skilled Employees Cadre.

The whole structure of regular promotions for Postmen/Mail Guard and Group D in the same cadre stream like Sorting Postman, Head Postman, Head Mail Guard, Jamadar, Head Jamadar etc had disappeared consequent on introduction of TBOP and BCR promotion Scheme. Hundreds of promotional posts like Head Postman, Head Mail Guard, Jamadar etc were abolished. Due to the unilateral shift in the status of TBOP/BCR system to MACP Scheme, the cadre of Postman, Mail Guards and Multi-Skilled Employees have no promotional avenue at all. Modified ACP is not a promotion but a financial upgradation to officials on completion of 10,20 and 30 years of service. The financial upgradation schemes are only an addition to the regular promotion scheme and not a replacement. It can be seen that all other cadres in the Department of Posts excluding Postman, Mail Guard and Multi Skilled Employees have their own in-cadre promotional system. It is therefore urged upon to reintroduce the regular promotional avenues to these cadres.

REPLY FROM SECRETARY DEPARTMENT OF POSTS

5. Remittance of quota and donation to NFPE:

6. Postal Crusader: As decided in the Federal Secretariat meeting held on 12.08.2010 advertisements of P&T / Postal Cooperative Societies will be published from the next issue (October) of "Postal Crusader" . Tariff form will be exhibited in the NFPE Website. All Circle/ Decisional / Secretaries are requested to collect and send one advertisement from the P&T/Postal Cooperative Societies of their State/District.

7. MASSIVE NEW RECRUITMENT IN POSTAL: As an aftermath of July 12th settlement, the Directorate has approved Direct Recruitment about 13000 Postal Assistant / Sorting Assistants for the year up to December, 2010.Recreuitment process is in progress now. Circles have already issued notification. Examination for promotion of Lower Grade officials (Postmen, Gr. D etc.) up to the year 2010 is also announced.Postmen/Mail Guard Examinations are also being held in all Circles. Circle/Divisional Secretaries are requested to ensure that action is taken by the Circle/Divisional administration for filling up of all PA, SA, Postmen, Mail Guard vacancies up to the year ending December, 2010 by Direct Recruitment and by promotional Examinations. .

Email ThisBlogThis!Share to TwitterShare to FacebookShare to Pinterest
AUGUST 31, 2010

The total expenditure involved in this project will be Rs.1877.20 crore and it will cover all the Post Offices throughout the country in all the State and Union Territories. The Department of Posts will be floating tenders for procurement of hardware and development of software. Pilots will be held in rural and urban post offices. The final roll out will be completed by September 2012.

Handheld devices will be provided to all the Grameen Dak Sevak (GDS) Post Offices in the rural areas and necessary software application developed. Banking solution will be implemented for the Post Office Savings Bank (POSB) scheme. Software Integration solutions will be developed for mail operations enabling tracking solutions for all registered and Speed Post articles.

The Postal Life Insurance services will be available in all the Post Offices including rural pot offices in the country through computers and rural ICT devices. Comprehensive training will be given to staff in Customer relations, application, IT management and system training skills.

All efforts have been made to ensure accuracy of the content on this blog, the same should not be construed as a statement of law or used for any legal purposes. Postal Staff corner accepts no responsibility in relation to the accuracy, completeness, usefulness or otherwise, of the contents. Users are advised to verify/check any information with the relevant department(s) and/or other source(s), and to obtain any appropriate professional advice before acting on the information provided in the blog. Links to other websites that have been included on this blog are provided for public convenience only. Postal Staff Corner is not responsible for the contents or reliability of linked websites and does not necessarily endorse the view expressed within them. We cannot guarantee the availability of such linked pages at all times.
Posted by gudurpost ************ at 2:23 PM 0 comments 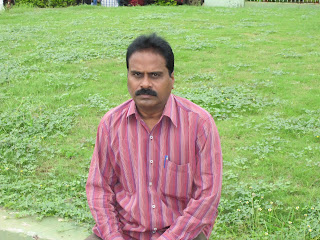 On 29.08.2010, at 10.30 am a wider general body meeting of AIPEU Gr 'C' PM & Gr 'D', GDS unions held at NGO home gudur in order to make success of the one day ensuing strike on 7th sept. 2010. Com. K. Sudhakar presided over the meeting. Com. M. Ravindra reddy, Divl secretary Gr.'C' eloborated the need to participate in the strike along with all other unions in Central/State Govt and also with all Central Trade Unions including INTUC. Com. Venkatramireddy from CITU, Com. Masthanaiah from NGOs, Com. Pitchamma from BSNL, Com. Kantharao from LIC attended and addressed to the gathering. About 60 officials from various SOs, participated in the discussions and promissed 100% success of the strike from their SOs concerned. Com. DSB Purushotham concluded with vote of thanks.